Sacred buildings are of primary importance for the Yazidis. They are part of their daily lives, including both religious practices and simply social gatherings: they constitute part of the daily life of the community, the place where people gather for feasts, as well as for mourning their dead (Fig. 63-64). They are of great social significance, especially in the communities of northern Iraq, where this religion is mostly practised. For this reason, they serve to unify a community that has suffered many attacks in its history, as places in which their religious and ethnic identity can be fully recognised and expressed. Since the community is spread in few cities but mostly in villages – including the collective villages funded by Saddam Hussein’s administration in the 1980s – cult places and sacred buildings offer the ideal places for the reunion of Yazidi people. The Yazidis are spread throughout northern Iraq, in the same region but some of them in a disputed territory (Sinjar), their collective religious memory as a community is strongly tied to their sacred buildings. The fact that not all of them have enough money for the pilgrimage to Lalish makes the importance of such buildings in their daily lives in their community even greater.

The main place of aggregation is the Lalish sanctuary (Fig. 63), which was safe even during the ISIS invasion of the Sinjar and Bashiqa regions. The sanctuary housed many displaced Yazidis from the regions under attack, 120 families according to UNHCR (https://www.unhcr.org/news/stories/2015/6/56ec1e9611/yazidi-women-welcomed-back-to-the-faith.html), while most of the Yazidi refugees were displaced in camps in the northern part of the Kurdistan Region of Iraq. Besides Lalish, there exist other sacred places spread throughout the whole region inhabited by Yazidis. Mausoleums and shrines punctuate the landscape with their recognisable shape, sometimes decorated with coloured cloths (Fig. 65). These are the places where people from villages gather, in order to celebrate Yazidi festivals or to unite for other occasions. Mausoleums are visited on important occasions such as marriage, festivities, illness and death. In the buildings commemorative meals are eaten and prayers offered for the souls of the dead. Shrines are the buildings around which pilgrims perform their devotions, kissing them, burning oil wicks and making wishes, and they also donate money. Moreover, the buildings allow the qewwals to travel; otherwise they could not carry the peacock angel standard throughout the Yazidi lands (see the documentary Following the Peacock https://www.youtube.com/watch?v=THdTv2af1bA). During their religious journey, the qewwals stay as guests in people’s houses and perform their ritual in the shrines: the ritual is the occasion for the recitation of orally transmitted religious texts, which are part of the Yazidis’ intangible cultural heritage that has survived as long as they have existed (Spät 2009: 105).

Sixty-eight buildings (http://www.rudaw.net/english/kurdistan/15022017) were destroyed by ISIS. This destruction of places of worship is part of the ethnic cleansing perpetrated by ISIS against the Yazidis with the aim of erasing their culture and history (Roberts 2016: 58). The destruction of this part of their tangible cultural heritage is an intentional part of the genocide crime perpetrated by ISIS. The importance of cultural heritage has also been stressed by UNESCO and codified in Resolution 2347 (2017). The destruction of such buildings is part of the attempt to eliminate historical roots and cultural diversity ( United Nations Security Council 2017a: 1). The destruction perpetrated by ISIS was focused on these buildings not just because they represent for them symbols of the unfaithful, but mainly because they are the places where people gather together as a community. In order to destroy the Yazidi people, they aimed at destroying their sense of community. A present a few shrines have been rebuilt with great sacrifice in the Sinjar (http://www.rudaw.net/english/kurdistan/15022017) and Bashiqa regions (https://www.alaraby.co.uk/english/society/2018/1/12/iraqi-yazidis-celebrate-restoration-of-temple-destroyed-by-is). 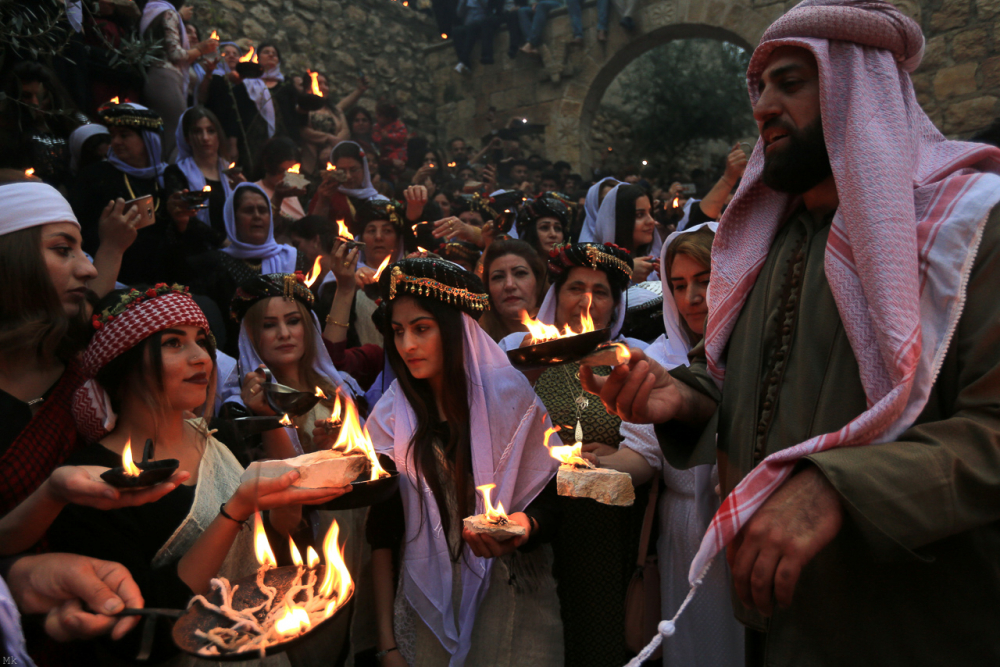 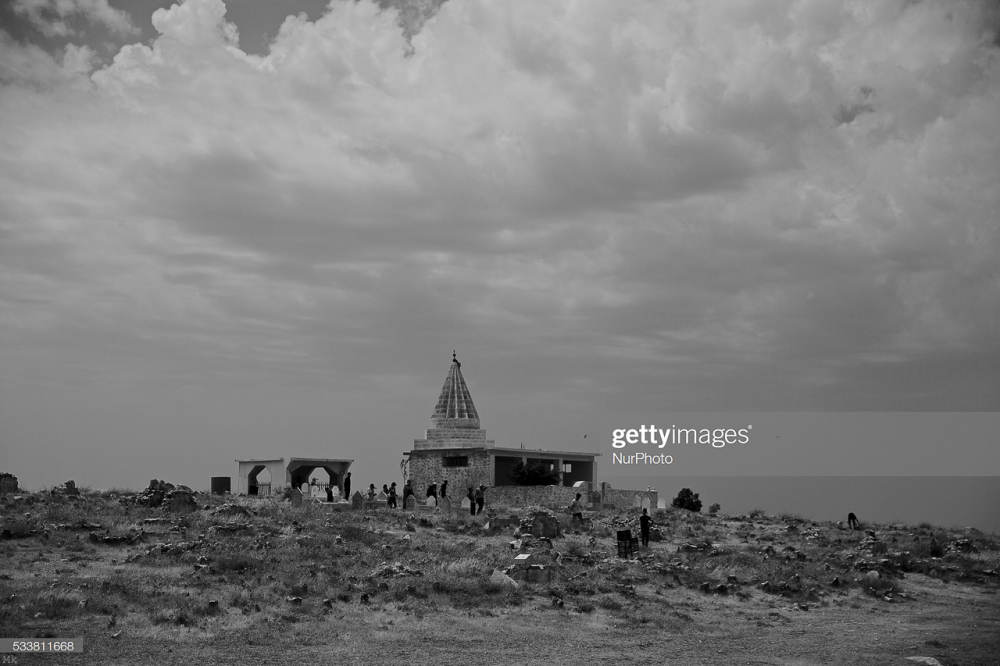