Lalish (Fig. 25) is the most sacred place for the Yazidis. Here is located the only sanctuary in the Yazidi religion, i.e. the sanctuary of Sheikh ‘Adī, also known as Perisgaha Lalish (Açıkyıldız 2015: 131). The sanctuary is believed to have originally been a Nestorian church, a hypothesis based on the irregular plan of the complex, but it seems more plausible that it is irregular because it formed gradually (Açıkyıldız 2015: 13). The sanctuary is centred on Sheikh ‘Adī’s tomb and is the principal centre of pilgrimage, made up of buildings of different periods. It lies in the centre of the upper part of the valley and covers an area of 4500 square metres, with a main entrance on the western side, a secondary entrance to the south and a third entrance to the east. Since the ground is uneven, buildings are at various levels and linked by stairs or sloping corridors. The complex is divided into a religious sector and a secular one (Fig. 39). The sanctuary can be entered through the main gate, called Derîyê Mīr and formed by a semicircular arch on engaged pillars (Fig. 40; Acikyildiz 2015: 136), which gives access to the religious and secular portions of the complex.

The religious part comprises the internal and external courtyards and contains the mausoleums of Sheikh ‘Adī and Sheikh Ḥasan, an assembly hall, the hall of Sharaf al-Dīn, and other rooms (Açıkyıldız 2015: 135; Fig.41).

In the basement of the sanctuary (Fig.42) there is a cave where the Zemzem spring is located. The spring can be reached by means of a narrow staircase leading down from the mausoleum of Sheikh Ḥasan. The spring, which emerges in the middle of a room, runs over the surface for 3.5 metres before disappearing underground. This is the holiest place for the Yazidis, since it is believed that this water has magical and medical properties; it is not accessible to non-Yazidis. The mausoleum of Sheikh Ḥasan was probably an antechamber built above the spring (Açıkyıldız 2015: 140). The Chilekhane (the place of penitence) is also located in the basement and lies close to the Zemzem cave, under the assembly hall, the Sharaf al-Dīn hall and the terrace in the east of the complex. This part is inaccessible to pilgrims. The Chilekhane is a complicated arrangement of eight aligned barrel-vaulted units, divided by a corridor into two wings.

The ground floor of the religious sector is occupied by the mausoleum of Sheikh ‘Adī (Fig. 41, Fig. 43). The building has a square plan and a fluted dome, and is equipped with a small window. In front of the window lies the sarcophagus of the saint, wrapped in multicoloured cloths (Açıkyıldız 2015: 139; Fig. 44). It is noteworthy that the fluted dome of the mausoleum is typical of the Shiite mausoleums of the Mosul region since the 12th – 13th centuries, thus establishing a link with contemporary architecture in the region. The mausoleum was destroyed in the 13th and 15th century, and then rebuilt, probably in its original form. From the mausoleum of Sheikh ‘Adī pilgrims can reach a series of three barrel-vaulted rectangular rooms oriented east-west. In these rooms the ceremonial oil used for the lamps is stored in large jars and in barrels, which stand against the north and south walls (Fig.45). At the west end of the third room lies the sarcophagus of Sheikh Abū Bekir, covered with a black cloth. The mausoleum of Sheikh Ḥasan is accessible from the assembly hall and is contiguous with the mausoleum of Sheikh ‘Adī. A door in the centre of the room leads to a staircase to Zemzem and Chilekhane (Açıkyıldız 2015: 137).

The south-east wing is the secular part of the sanctuary and the centre of its daily life. It is composed of buildings arranged around the sides of    a courtyard, which has an irregular shape. Here is the accommodation for the clergy and the pilgrims. In this part there is a kitchen and cooking facilities and (Açıkyıldız 2015: 139). To the north of the forecourt of the complex there is a series of low, vaulted structures, called Suq al-Ma’rifa, once used as a market place (Açıkyıldız 2015: 136).

In the north-east corner of the inner courtyard, the Derîyê Kapî, a door with a semi-circular arch and two fluted columns, leads to the assembly hall. The assembly hall lies in the central part of the complex; interestingly, it is similar to the Samakhane in which Sufis perform their rituals in the zāwiyas of Anatolia (Açıkyıldız 2015: 137). The room is rectangular and divided by a row of five pillars into two equal sections; in its south wall there are six deep recesses. The second hall, called the hall of Sharaf al-Dīn, has the same plan as the assembly hall but is smaller and is divided into two halves by a row of four pillars (Açıkyıldız 2015: 137).

The origin of the sanctuary is still much debated (Açıkyıldız 2015: 143), however the variety of the construction materials and the different styles suggest that the building is the result of several phases of construction and modifications. According to some scholars, the Zemzem cave may have existed before Sheikh ‘Adī and been used by other religious communities (Zoroastrians, Mithreans, Christians). The saint’s mausoleum was built by his disciples after his death in 1161-1162 and has twice been destroyed: in the 13th century by Badr al-Dīn Lu’lu’ and in the 15thcentury by a tribal leader who declared holy war against the Yazidis (Açıkyıldız 2015: 45), but each time was rebuilt by them (Açıkyıldız 2015: 144). 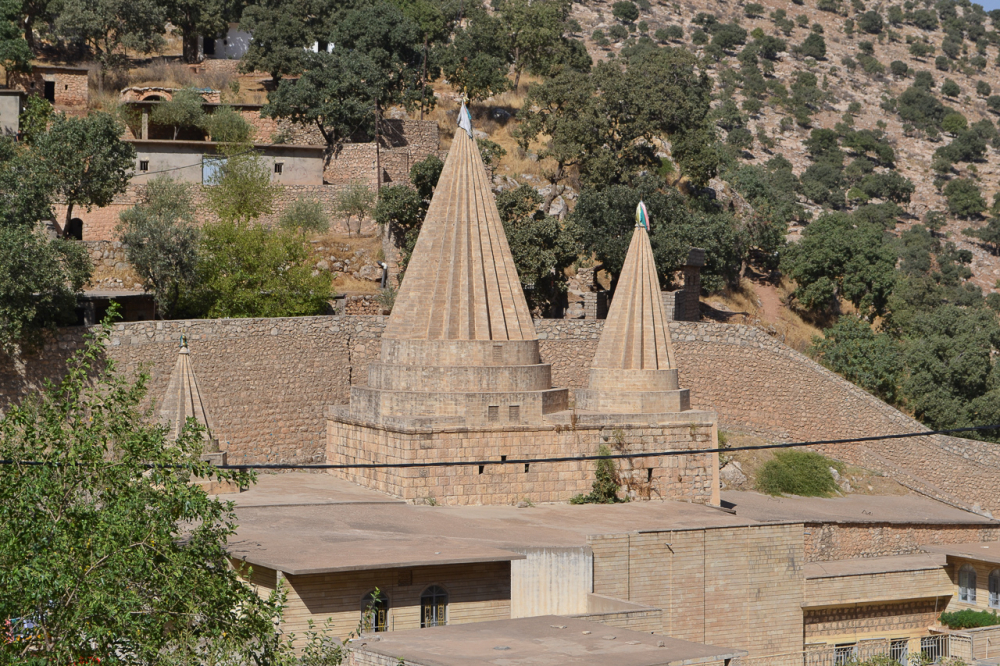 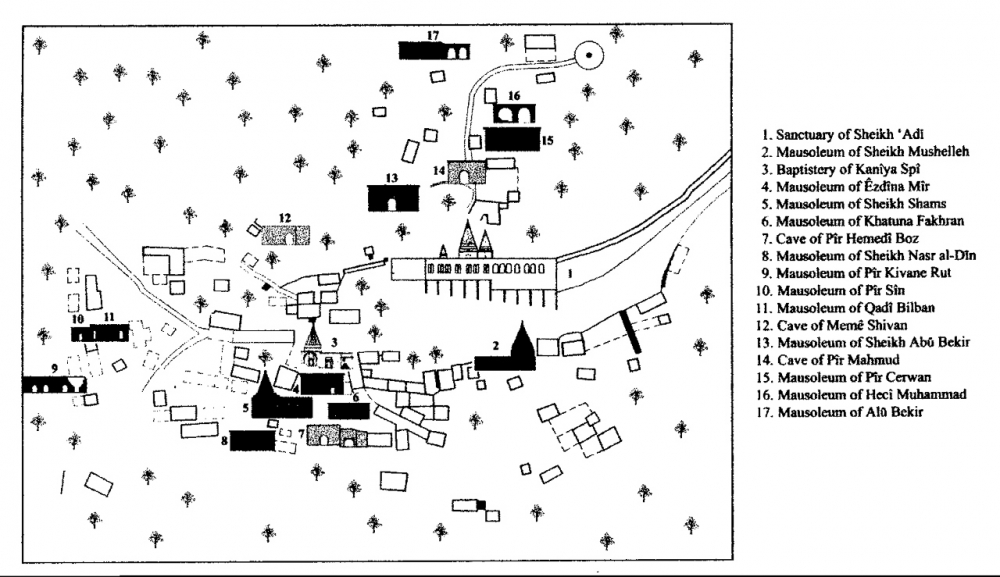 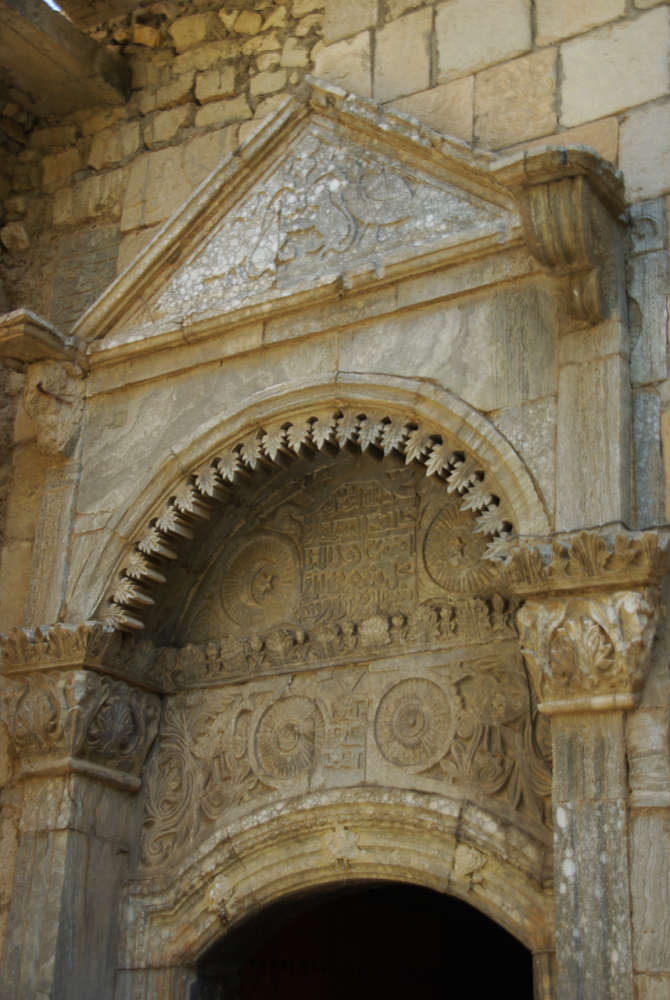 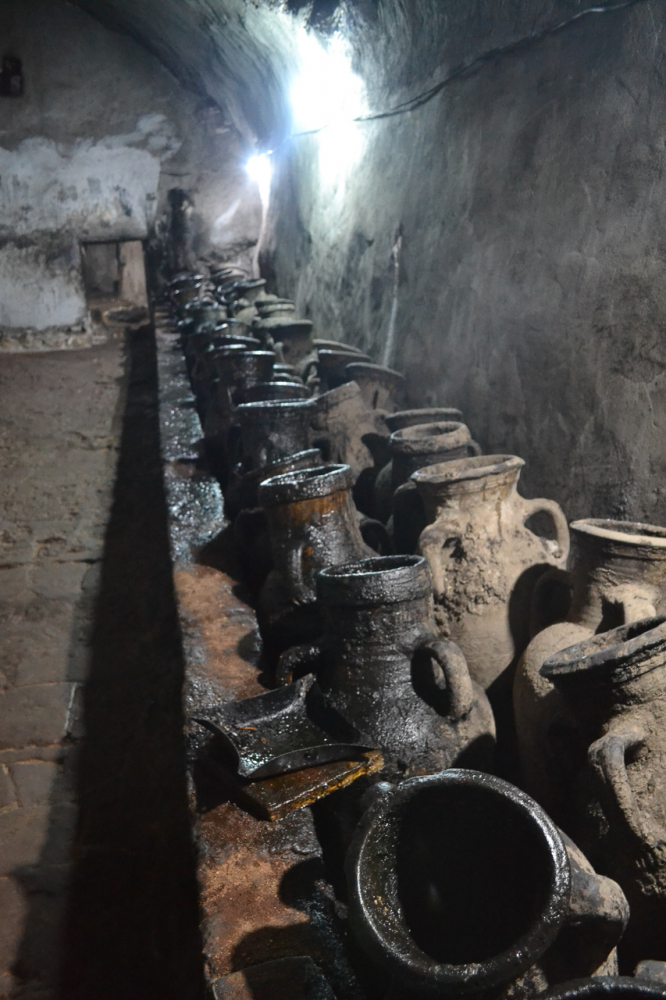