Although the roots of the Yazidi religion are still unclear and little is known about the first Yazidis, we now have a precise picture of their distribution in the Near East (Fig. 3).

The earliest source mentioning a community called al-Yazīdiyya is the Kitāb al-Ansāb of ‘Abd al-Karīm al Sam‘ānī (d. 563/1167): this community was located in the Ḥulwān region, between the Tigris and the Greater Zab, near the Jebel Maqlūb, in northern Mosul. This region, north of Mosul up to the Lalish valley and in the Bashiqa area, together with the Sinjar district, was where the very first Yazidis lived. By the 14th century they reached Suleimaniyah and as far west as Antioch. At this time, they were already spread through the region between Diyarbakir and Siirt.

Yazidis are also present in northern Syria, although nowadays they are less numerous than in the past. In Syria they lived in the Kurd Dagh around the city of Afrin and Jebel Sim’ān and in the Jezira, between Qamishli and al-Hasakah. According to Bar Habraeus in his Chronicon Ecclesiasticum the Yazidis who settled in this area were deported to Syria in the 13th century. It is difficult to date the presence of Yazidis in the Syrian Jazira, since there are no written sources. It has been hypothesized that they have lived in this area since the 12th century BC and were part of the semi-nomadic Kurdish population (Açıkyıldız 2015: 65).

Yazidis are present also in Transcaucasia, where the first attestations date to the late 10th century. Most of the Yazidis live in Armenia, where they settled in the 13th century. Hecî Beg or Begh of the Dunbeli tribe received the principality of Khoy from Shah Tahmasp in the 15th century for his collaboration against the Ottomans. Nowadays the Yazidis in Armenia are concentrated around Mount Aragats. 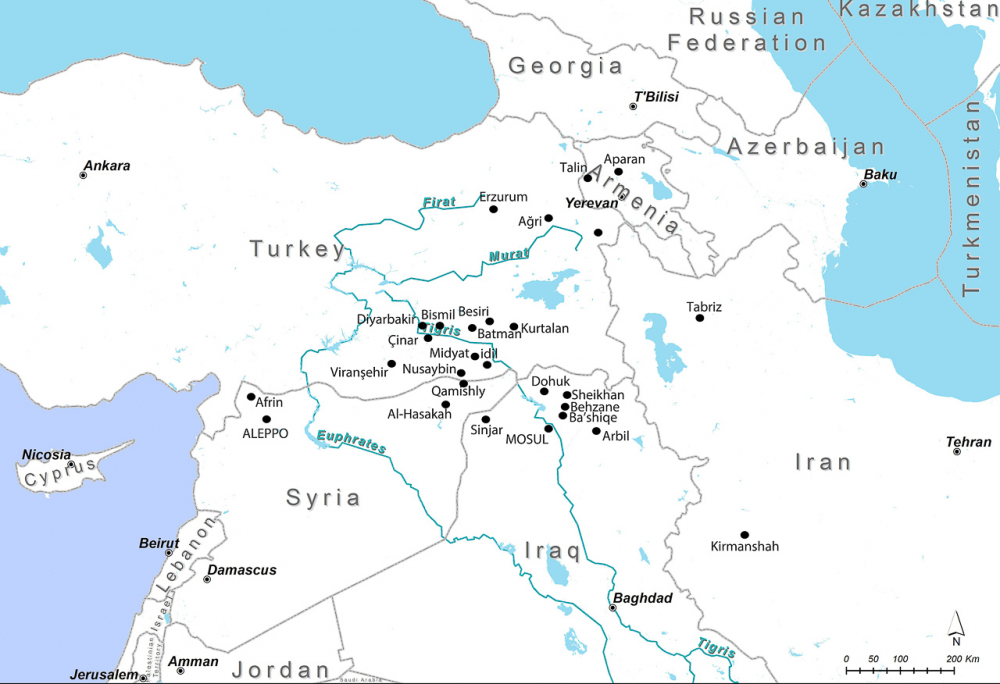